With an on-site casino and variety of restaurants, this Caesars hotel is a 5-minute walk to the famous Atlantic City Boardwalk.

The classically decorated guest rooms at Caesars Atlantic City are equipped with a flat-screen TV and iPod docking station. They also include floor-to-ceiling windows.

The seasonal, adult only, rooftop swimming pool and deck overlook the city. Guests at the Atlantic City Caesar's can enjoy the 135 table games or the 2,000 slot machines in the casino. Relax with a spa treatment at Qua Baths and Spa complete with roman showers, 15 treatment rooms and the Dieci Mani treatment. 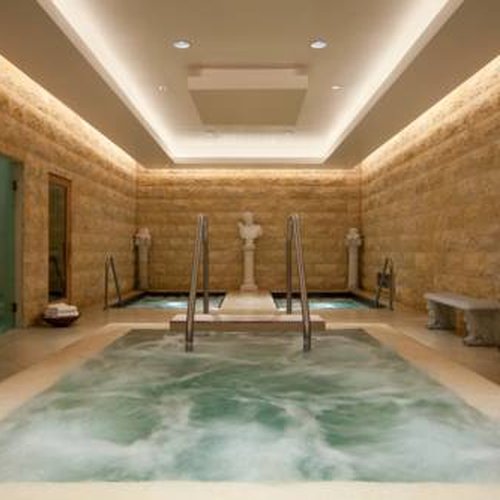